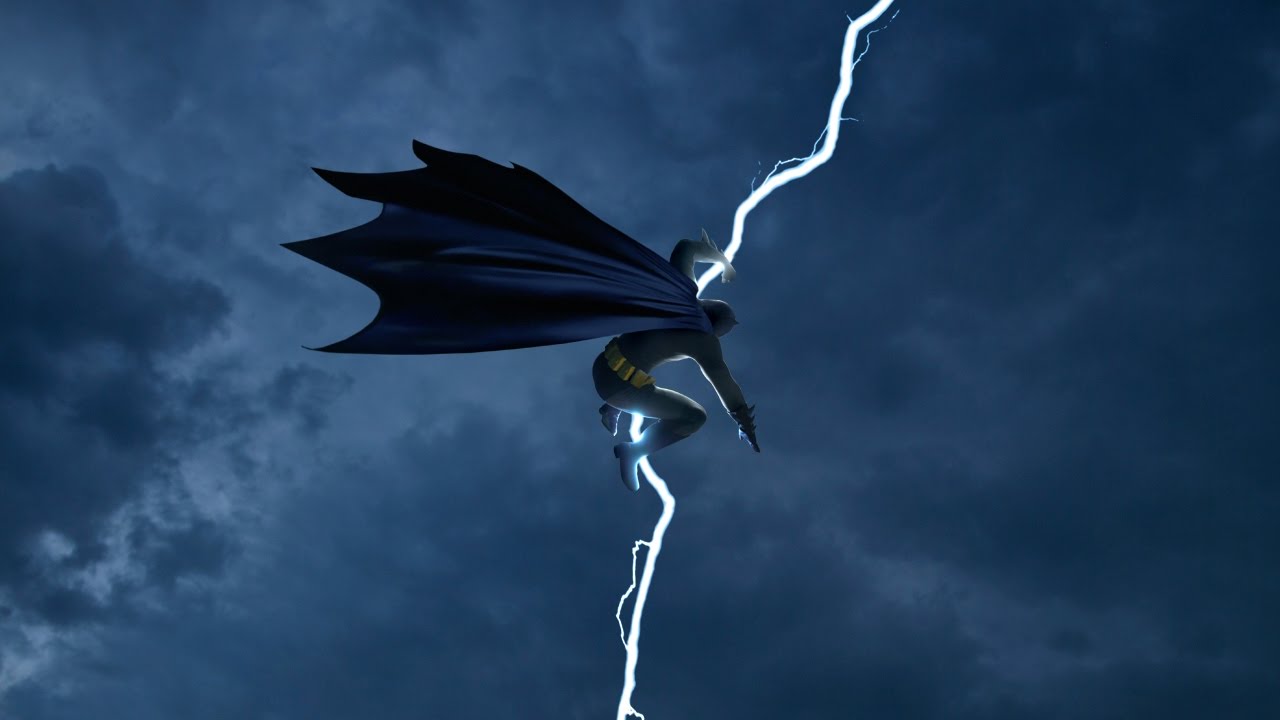 Adapted from Issue #1 of Frank Miller’s seminal 1986 comic series, filmmaker Wyatt Weed (“Shadowland,” “Four Color Eulogy”) offers his unofficial fan’s take on the Batman mythos. Following the death of Robin at the hands of the Joker, Bruce Wayne (Weed) hung up the cowl and cape 10 years ago. But now Gotham City is in the grip of a violent crime wave, and the venerable 55-year-old billionaire has to decide if the time is right for the Caped Crusader’s return.

The Dark Knight Returns filmed for 24 days over a 17-month period from June of 2015 through October of 2016. Shot on a shoestring budget of $2500, it features locations in and around the St. Louis metro area.

This production is non-profit and is for entertainment purposes only. The production is in no way associated with DC Comics or Time Warner.

For more information on Pirate Pictures:

For more information on Wyatt Weed:

All pieces painted with Liquitex Basics phthalocyanine blue, from Hobby Lobby. Paint was selected first, then cape and trunks were matched to paint. Chest logo was created first, then utility belt was painted to match, using Liquitex cadmium yellow medium.